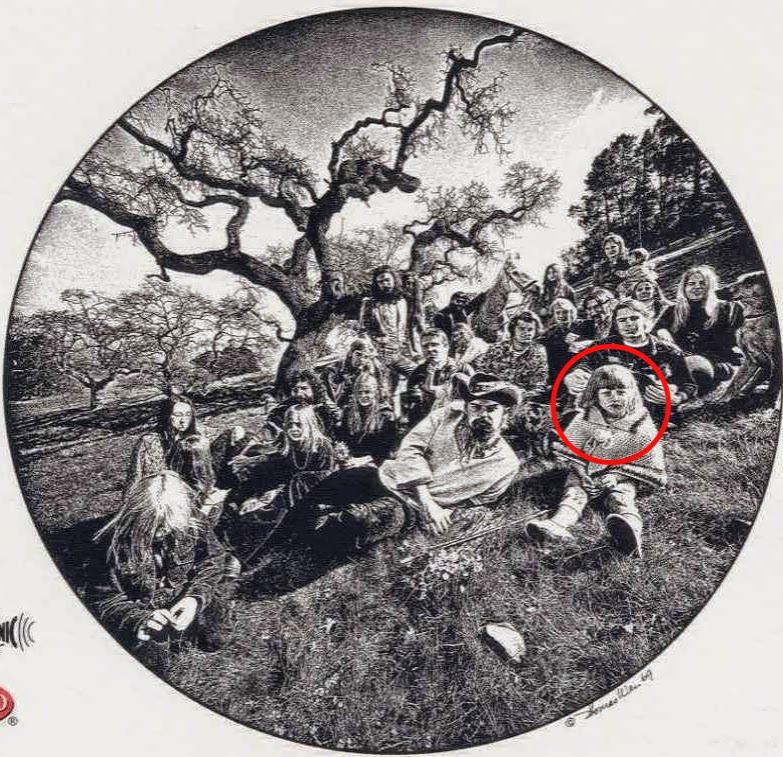 For years, there has been a rumor that the five-year-old Courtney Love was on the back cover of Aoxomoxoa – the girl in the front, sitting next to Pigpen. This story has been repeated so often, it’s become an internet “fact,” supposedly confirmed by David Gans and even mentioned in official Dead writings.
Here’s one site that tells the tale:
http://www.feelnumb.com/2011/04/14/fact-courtney-love-was-on-the-back-cover-of-the-grateful-dead-album-aoxomoxoa/

Circumstantially, it was possible for her to be there. Her father, Hank Harrison, had been a college friend and roommate of Phil Lesh in the early ‘60s, had briefly managed the Warlocks “for one week” in 1965, and stayed in contact with the Dead up to the ‘70s, gathering material for his books on them. Courtney Michelle Harrison was born on July 9, 1964; Phil Lesh was her godfather. She lived with her parents in San Francisco until their divorce in 1969; then her mother took her to an Oregon commune in 1970. She had a loose hippie upbringing: one biographer describes her childhood house as full of musicians, groupies and freaks; and Courtney later shuddered, “There were all these hairy, wangly-ass hippies in our house…running around naked.”[1]  “We were doing tons of acid, changing sex partners, and tripping out,” Hank said;[2] and in a child custody dispute, her mother would testify that Hank gave Courtney LSD as an infant. With her father hanging around the Dead, it wouldn’t seem surprising for her to be included in a Dead family shoot.

Of course it’s not known just how involved Hank was in the Dead scene in 1969, as detailed information is scanty and his books are rather obscure. It’s possible he just had occasional contact at that point. Courtney later wrote that Hank was not as close to the Dead as he claimed: “He had published 2 unauthorized books…writing from the perspective of an insider, when in fact he barely dealt with the band.”[3]  On the other hand, Courtney’s also said, “My mother had ties to a lot of the women around the San Francisco hippie scene, like Ken Kesey’s wife and the Magic Bus people.”[4]

Ken Babbs also appears in the Aoxomoxoa cover photo, along with various other mostly unidentified friends of the Dead. The Dead could have taken a more traditional band-only shot, something like this (done with the same photographer and location): 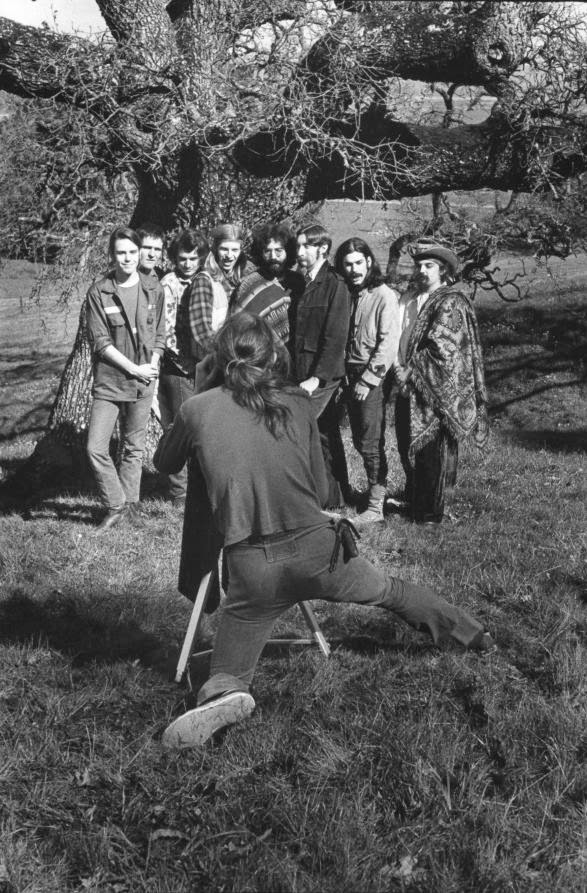 But instead they rounded up some women and children they knew and headed to Rancho Olompali for a kind of bucolic, tribal-commune image: this wasn’t just a band, it was a whole family.

As it happens, Courtney was not one of the kids included. The girl long identified as her was actually a close family member of the band – Stacy Kreutzmann, born a week apart from Courtney.

Rock Scully wrote: “Billy [was] married to his first wife, Brenda. They were high school sweethearts, had married in 1962 when Billy was just 18, and on July 3, 1964, had a daughter, Stacy – the little girl next to Pigpen in the Dead family photograph on the back cover of Aoxomoxoa. Toward the end of 1967, Kreutzmann got divorced from Brenda and around the time of Woodstock moves to Mill Valley with his new girlfriend, Susila… He eventually marries her and on June 10, 1969, they have a son, Justin.”[5]

When the photo was shot, Brenda had been separated from Kreutzmann for some time, and Stacy lived with her mother. She was still part of the Dead family, though – in fact, “Pigpen was my first babysitter.”[6]

One newspaper article on Stacy begins:
“A normal childhood? Not for Stacy Kreutzmann Quinn. As the daughter of Grateful Dead drummer Bill Kreutzmann, she grew up in the epicenter of hippie culture. She remembers sleeping under her dad's drum kit, walking around Haight-Ashbury in the middle of the night and, yes, having Dead keyboardist Pig Pen as her first baby sitter.
"My mother liked him. The other guys were all tripping, but he was not into that," Kreutzmann Quinn says of Pig Pen, with whom she was pictured on the cover of the Dead's "Aoxomoxoa" album when she was 5 years old.”[7]

In another interview, Stacy revealed that she was very fond of Pigpen:
“I have a deep, everlasting love of rough looking Hell’s Angel kind of guys that are into the blues… I had a deep love for him. My mother said he was a very gentle, tender guy, and she really trusted him a lot. He was always very tender with me.”[8]

A couple of the women who were at the Aoxomoxoa photo shoot (Maura McCoy and Rosie McGee) have also confirmed that it is Stacy in the photo, not Courtney.[9]

The people have moved on, but the Olompali site can still be visited today: 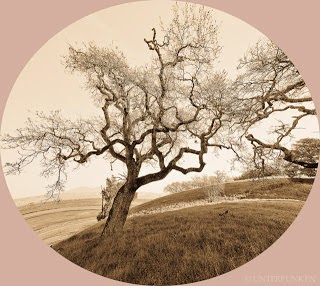 Asked about her life growing up around the Grateful Dead, Stacy recalled:
“It was like being raised by the circus. There was a lot of concern when I went to kindergarten about how I would do. This bohemian kid, the stories of sleeping under the drums, the stories of being at acid tests. I was very sophisticated, precocious. I knew about everything. I've always been very streetwise. I think the best gift coming from the Grateful Dead is a sense of tolerance, love and openness of spirit, because that really did exist. It's not just a myth.”[10]

As for Courtney, she later drifted far from the Dead scene…. 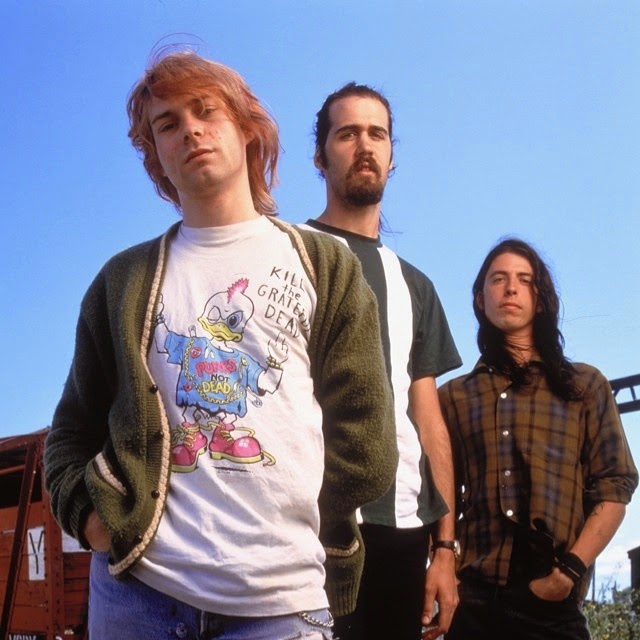 NOTES
1. Ian Halperin, Who Killed Kurt Cobain p.44
2. Halperin p. 42
3. Poppy Brite, Courtney Love: The Real Story p. 185 (Courtney went on: "Just ask the Grateful Dead if my facts are straight, he claims to have managed their charity events for an annum, pretty vague job description, but last time I checked he was still selling 60s Dead boots in the back of Relix, Goldmine, and sometimes Rolling Stones." I doubt Courtney herself knew or cared much about Hank's connection with the Dead; but his accounts are more inventive than factual.)
4. Halperin p. 43 (Books like these should be treated with caution. Almost any 'fact' about Courtney's childhood is disputed, depending which source you use; and there are no good sources, given that she and her father are both unreliable and bitterly divided, and the authors who write about them do not inspire trust.)

8. http://www.tonibrownband.com/AcidTest24-2.html ("Acid Test Productions," an interview with Stacy Kreutzmann Quinn by Toni Brown, from Relix, April 1997)
9. Admittedly, I don’t know who the other kids and people in the photo are, and more identifications might be useful in mapping the Dead's close social network circa '69.
10. http://www.tonibrownband.com/AcidTest24-2.html
11. See this article by Jesse Jarnow for comments from Dylan Carlson - Cobain's best friend and a Dead fan: http://www.jambands.com/news/2011/08/01/indie-rockers-celebrate-jerry-garcia-on-jerry-day
"They're always kind of underneath the radar in a lot of ways. Maybe the perception is that they represent this whole [hippie] thing - it's so hippie we gotta hate it - especially in the underground rock world...  I think the Dead are weird because a lot of people who say they don't like them haven't actually heard them. Unfortunately, Kurt was not one I was ever able to turn."
Indeed, Cobain was extreme in his punk sneer: "I wouldn't wear a tie-dyed t-shirt unless it was dyed with the urine of Phil Collins and the blood of Jerry Garcia." But it's worth mentioning that members of bands Cobain admired - Greg Ginn of Black Flag, Lee Ranaldo of Sonic Youth, Curt Kirkwood of the Meat Puppets - are also Dead fans. One of the ironies of his life.

P.S.
After I wrote this post, Dr. Jeff and I continued to investigate who the people in the Aoxomoxoa photo were, and we were able to identify almost all of them:
http://deadessays.blogspot.com/2015/01/whos-who-in-aoxomoxoa-photo.html
Posted by Light Into Ashes at 7:45 PM