Compiling the list of 1967 shows, I came across photos of several shows that are unknown and undated. I thought I'd post the photos here, in case any readers have clues about the dates! 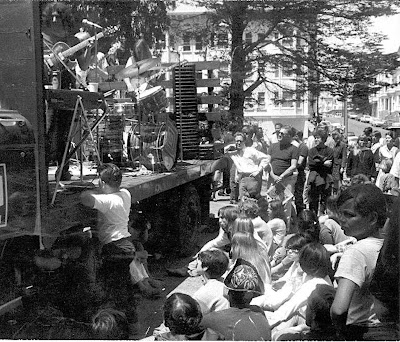 We can generally narrow down a date range for a photo by the instruments the Dead are playing, which changed from month to month. This show was played sometime between 4/9/67 and 5/29/67. The Dead might have played in the park any number of times that spring, but one tempting date was 5/14/67, when Jefferson Airplane are known to have played in the Panhandle with "others" - and photos show the Airplane's truck parked close to the same spot: 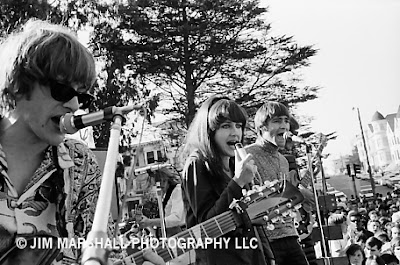 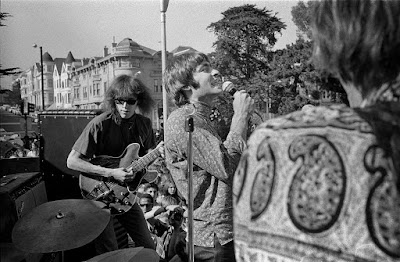 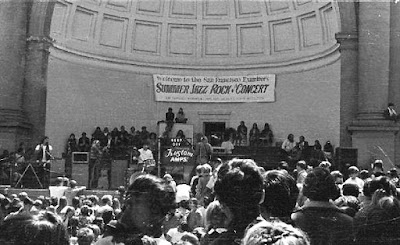 This distant photo doesn't help with even an approximate date, except for the season, but the "Jazz Rock Concert" was clearly a scheduled event, likely with other bands playing as well. The San Francisco Examiner probably had a listing for the concert which can be found - although the Dead may have substituted for a different band.

UPDATE:
This concert was on July 6. An Examiner listing has been found:

"ANOTHER JAZZ-ROCK
Once again tomorrow, from 1 to 3 p.m., another in The Examiner's summer-long free jazz-rock concerts will be held in the band concourse at Golden Gate Park.
Featured band will be the famous Warner Brothers' recording stars the Grateful Dead, acclaimed as one of the foremost groups in the hard blues-rock tradition known around the world as the "San Francisco Sound."
Joining with the Dead will be the Mt. Rushmore group, among the strongest of the newcomers on the local rock-concert scene and recent participants on another peak, Mount Tamalpais.
Be our guests: bring the kids, a picnic lunch, and enjoy your park, and your music.
Joining The Examiner as sponsors are the San Francisco Youth Association and the Recreation and Park Department."
(from the S.F. Examiner, July 5, 1967)

The third show - somewhere in August/September 1967: 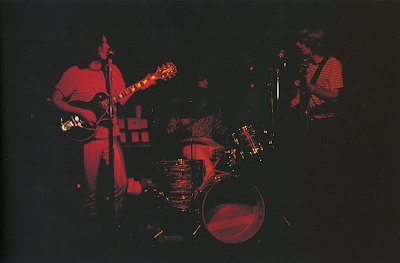 This photo was published in the Taping Compendium, labeled only "Paloma, California, circa 1967." The photographer was Don Snyder (who published a similar shot in his 1979 book Aquarian Odyssey).
There is no chance the Dead ever played in the town of Paloma, though if the label's right, it's possible they might have played in some venue or area called "Paloma" or "La Paloma," of which there are many in California. Snyder was visiting the Bay Area from New York and didn't necessarily keep a good record of where he took his photos; but he definitely photographed Chocolate George's wake in Golden Gate Park on 8/28/67, so this show is thought to be near that date.
If it's not from an unknown show, it could possibly be from one of the Lake Tahoe shows the previous weekend, or from Rio Nido the next weekend. I'm uncertain how far outside San Francisco Snyder would have traveled, though.

The fourth show - in Golden Gate Park, June or July 1967. This was a large event with many photographers present: 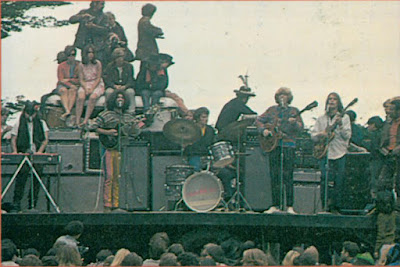 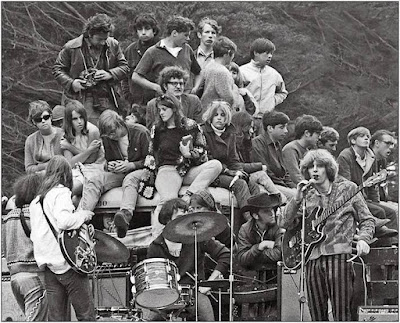 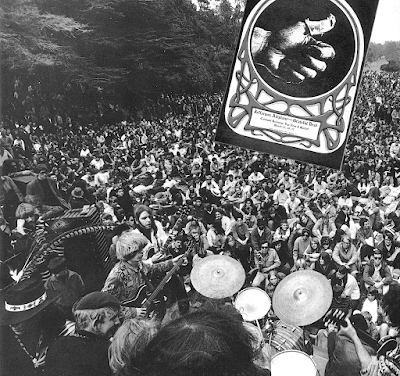 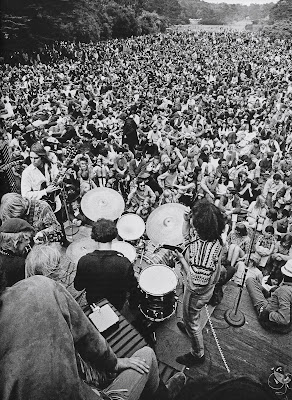 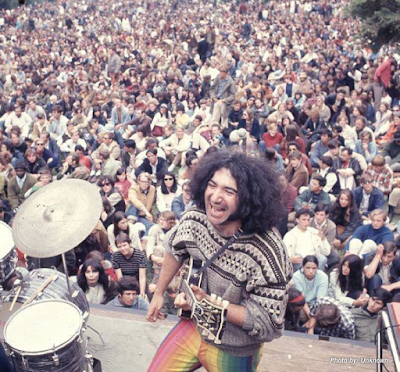 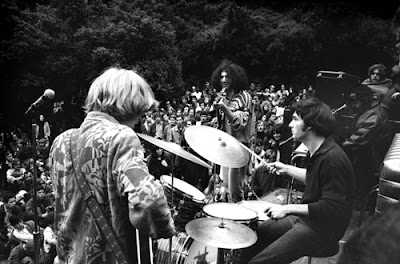 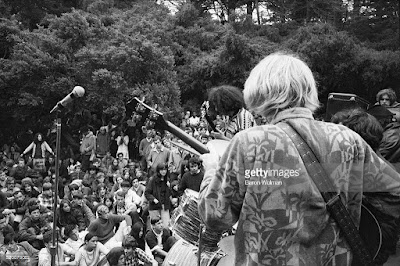 Considering the size of the crowd, other bands probably played as well. Jack and Jorma from Jefferson Airplane were there, though I don't know of any photos of the Airplane playing: 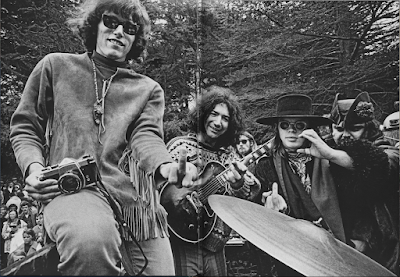 There was at least one mystery player who appeared on stage before the Dead: 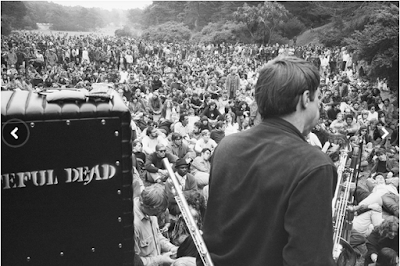 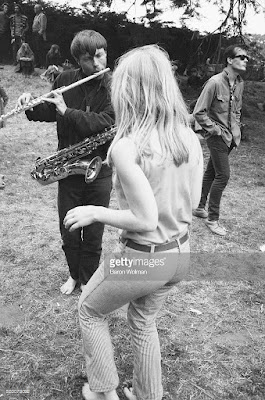 These photos were formerly thought to come from the 6/21/67 Summer Solstice festival in the park, until film of the Dead's actual 6/21/67 performance appeared. So this show was played sometime between then and the brief Northwest tour in mid-July. No Golden Gate Park appearance is known in that time range, though it's surprising that an event this size never appeared on any Dead show lists. (Whenever some of these photos are posted online, they're generally labeled as the January Be-In, which is not the case.) My speculation is that this was some forgotten Fourth of July celebration in the park.

If anyone knows what dates these shows might be from, please comment!
Posted by Light Into Ashes at 6:43 PM